Sparked by a conversation with another mom, I asked my kids their thoughts on a teen drinking issue. Their responses were so interesting that I just have to share - I hope this will spark a conversation around your table.

our three older kids what they thought about the situation in which parents allow their teens to drink. There is a philosophy that teens are going to drink anyway, so its safer to have them drink in your home; the belief being that at least you have control over the drinking. (please read the articles linked below on this) I know what I believe about this issue, but was curious to hear the thoughts of our kids.

Courtney (18) immediately said it was not a good idea. I asked why. She talked about how allowing your kids to drink in the home makes the assumption that they absolutely are going to drink, almost leaving no room for them to have the option not to drink. (I am a firm believer of this...people tend to live up or down to your expectations. And what about the kids who really don't want to drink?) 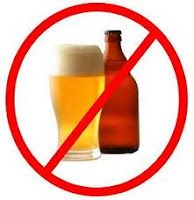 Courtney added that "Respect for the parents might be lost, maybe not consciously, but subconsciously as they realize their parents don't hold up high standards and don't expect their children to either."

Zach's (almost 16) first response was, "Isn't it illegal to drink under the age of 21?". Very astute. He echoed Courtney with "If teens believe they can do it at home then they will believe they can do it other places as well. He continued by saying "If someone asks you if you want a drink, the thought that would run through your mind is Well, my parents already approve..."

Erin (age 13) piped in with "If your parents help you break the law on the drinking issue you may wonder what other laws don't apply to you."

I'm not kidding, these were the responses of three teenagers. If I was writing this column based on what I think about the issue, this column would be easy to disregard. But these were the words that flowed immediately out of their mouths.

I drank when I was a teen; it didn't bring about anything positive, in fact it caused problems. Because of my own experience, there was a time as a young parent, that I believed all kids drink, and there was nothing you could do about it, so just expect it. It scared me as a parent because I thought this was an issue I would have no influence over. Well, guess what? I changed my mind. At some point we decided we would expect our kids not to drink, we would express and talk about our beliefs and expectations, and hope and pray for the outcome that would keep our children wise and safe.

I'm so interested in hearing your thoughts, and your teens thoughts, on this topic. Click the comment button to leave them - talk to your teens and come back here and talk about what you discovered. You can do it anonymously if you want, but let's talk about it!

Click here and here for two really good articles on this topic.

I found these articles after I wrote this column and was fascinated that our teens responses lined up with the research. I'm not saying we have perfect kids, (we don't) I'm just saying as parents we have way more influence than we many times believe.
Posted by Sheri Carlstrom at 10:50 PM

Sheri Carlstrom
United States
Just an ordinary mom who was named the 2010 National Young Mother of the Year. Raising four future adults with the man of my dreams as well as my day to day life. Living life intentionally and growing all the time.